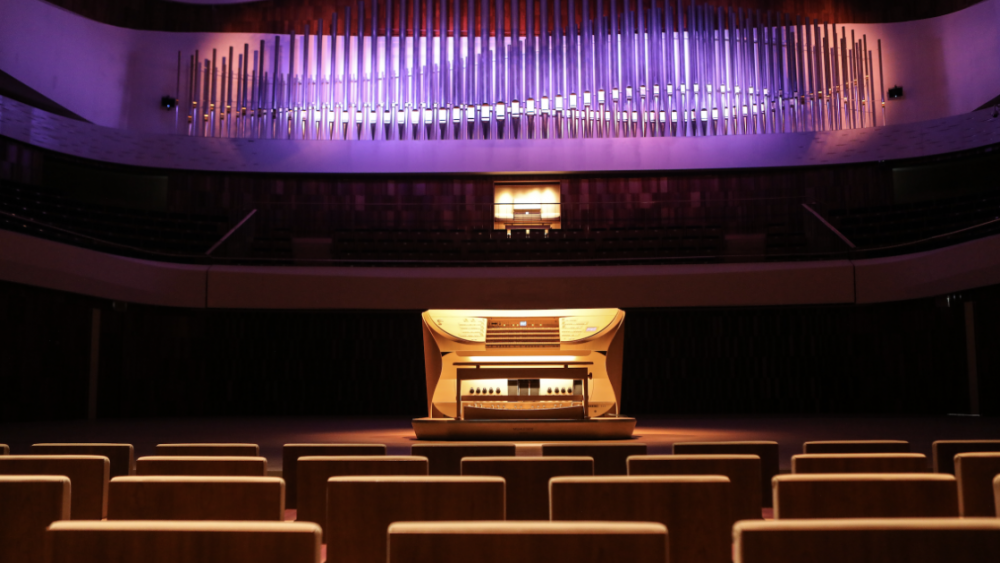 The inauguration of the largest organ in Russia will commence on the stroke of midnight between 28 and 29 February in the prestigious and recently constructed Zaryadye Concert Hall. The Compagnia Finzi Pasca has been invited by the City of Moscow to stage the artistic part of what will be a unique celebratory event lasting 24 hours, during which the main hall will become an immersive artistic installation. Twenty-four of the best organists in the world will take it in turns to play for 24 hours non-stop, for an estimated overall audience of 20,000 people.

“An organ is air, sound and light,” says Daniele Finzi Pasca, “and these are precisely the elements that will create the atmosphere for the inauguration of the Great Concert Organ, enabling the audience to experience emotions: the light will come to life, it will breathe and dance to the sound produced by the organist, who will be centre stage.”

Hugo Gargiulo, production designer and co-founder of the Compagnia Finzi Pasca, adds: “Visitors will enter in some groups into a kind of nest, a labyrinth of light that will lead them to the stage to experience the emotion of this very singular instrument, which, with its 85 registers and 5872 pipes, is the largest in Russia.”