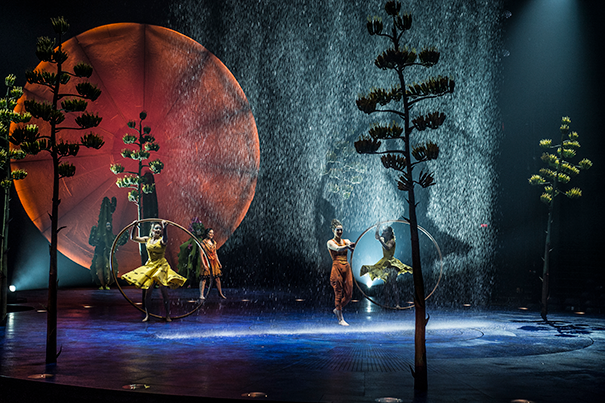 Luzia: a magical debut in Europe

Luzia, produced by Cirque du Soleil and directed by Daniele Finzi Pasca, who also wrote it together with Julie Hamelin Finzi, has been seen by two million spectators in almost four years of touring. On 15 January, it finally made its European debut, winning over audiences and critics alike: “spectacular and thrilling”, wrote The Stage. Presented at the Royal Albert Hall, it took viewers on a surreal journey of discovery of Mexican culture, bringing together acrobatics, poetry, technology and a waterfall. It is an absolute first for the historic London venue. The show runs until 1 March. The European tour will then continue in Russia and Spain.

“Luzia by Cirque du Soleil is a true spectacle in the best sense of the word, a feel-good experience and a much appreciated temporary escape from what often seems like the world’s relentless bad news.”
16.01.2020 – Forbes

“There is a micro-climate on the stage of the Royal Albert Hall, which shimmers with heat.”
18.01.2020 – Everything Theatre