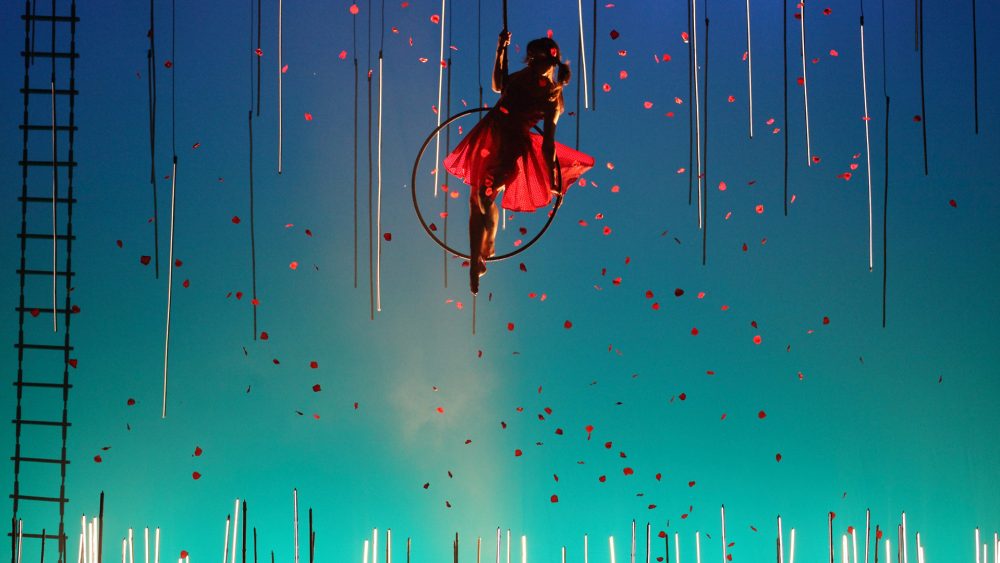 Once more Mexico has welcomed the troupe, this time for a month-long tournée of the show Per te, which debuted in Spanish last January in the city Merida. It was now the turn of Guadalajara, Puerto Vallarta and Mexico City, for a total of 22 shows. Furtherly, the performers conducted workshops in Mexico City that saw the participation of 300 people.

Some quotes from the Mexican press

“With the technique of the theatre of the caress, the artists share with the audience secrets and stories that light up the soul and pay tribute to Julie Hamelin, co-founder of the Compagnia.”
La Jornada – 23.06.2017

“Fabrics, plastics, projections, and juggling are among the items that accompany us in this nostalgic dream. The interpreters are extraordinary at using these objects and their bodies.”
Proceso.com.mx – 22.06.2017

“Where does one go to seek shelter after losing someone dear? Daniele Finzi Pasca turned to art, with Per te, the new show of acrobatics and poetry.”
TimeOut México – 12.06.2017