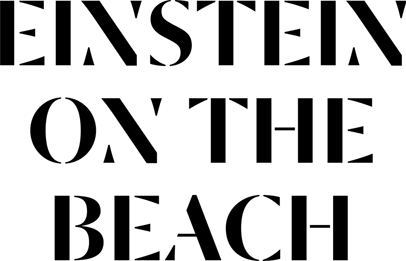 Just two days after the end of the Fête des Vignerons, the Compagnia Finzi Pasca is heading to Geneva for a new production with its creative team ever. A new coproduction is opening the 2019–2020 theatre season of the Grand Théâtre in Geneva: Einstein on the Beach byPhilip Glass and Robert Wilson, i.e. the theory of relativity in a poetic and timeless interpretation by Daniele Finzi Pasca. Science and spectacle at the theatre.

It is a show where the Compagnia Finzi Pasca’s creators and performers take us, with poetry and avant-garde technology, to an unknown galaxy, a world where time is suspended and dissolves… where images and reflections are inverted, in a play of mirrors lying between expectancies and hopes. A journey to the frontier of the meaning of life, or perhaps to the discovery of the beauty of its absence. A show in which we will once again find the timeless poetry so characteristic of Finzi Pasca.

One of the most important musical creations of the twentieth century, Einstein on the Beach, composed by Philip Glass to drawings and a libretto by Robert Wilson, and with choreographies by Lucinda Childs, was an immediate success on its debut at the New York Metropolitan House in the 1970s.It is a four-hour long journey into time and space, during which audience members can enter and leave at chosen moments. The musical direction is by Titus Engel, who is conducting the students of the Haute école de musique de Genève.

Einstein on the Beachis about the relationship between human beings and time, their relationship with technology and tradition and also between perspective and change.

“This work is all about time, or rather its opposite: trance, the dissolution of time. There will be technology but also poetry that dilates time. Dreamlike and surreal images will punctuate this staging.”

Coproduced with the Compagnia Finzi Pasca