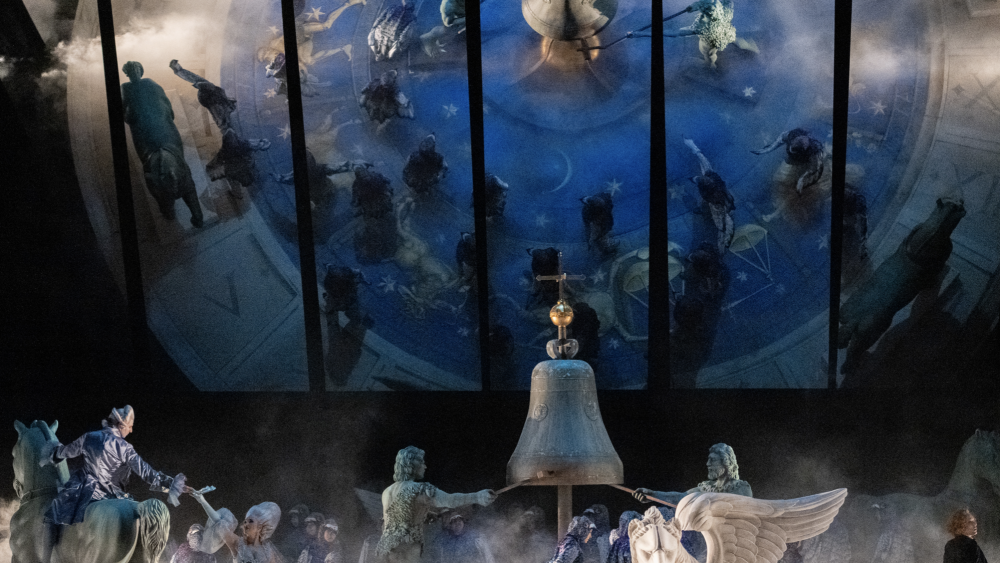 On Saturday 4 September 2021, the opera Les Contes d’Hoffmann, directed by Daniele Finzi Pasca, will make its debut on the main stage of the Staatsoper in Hamburg (DE).
On stage, the set design by Hugo Gargiulo and the choreography by Maria Bonzanigo. Video production by Roberto Vitalini | Bashiba, lights by Daniele Finzi Pasca and Marzio Picchetti. Costumes by Giovanna Buzzi. Co-directed by Melissa Vettore.
In the role of the young Hoffmann, the tenor Benjamin Bernheim.
Olympia will be interpreted by Olga Peretyatko, one of the most renownedsopranos in the opera world.
The opera, directed by Maestro Kent Nagano, tells of the fantastic tales of the poet E.T.A Hoffmann, immersed in an atmosphere typical of German romanticism and the French spirit.
Where: Stattsoper Hamburg (DE)
Dates: from 4th to 25th September 2021
© 2022 Compagnia Finzi Pasca   -   Exchanges and Refunds   -   Privacy Policy
Our site uses cookies to improve your experience on our site. Cookies enable you to enjoy certain features and they also help us understand how our site is being used. Find out more and set your cookies preferences here. By continuing to use our site, you consent to the use of our cookies. OKPrivacy policy