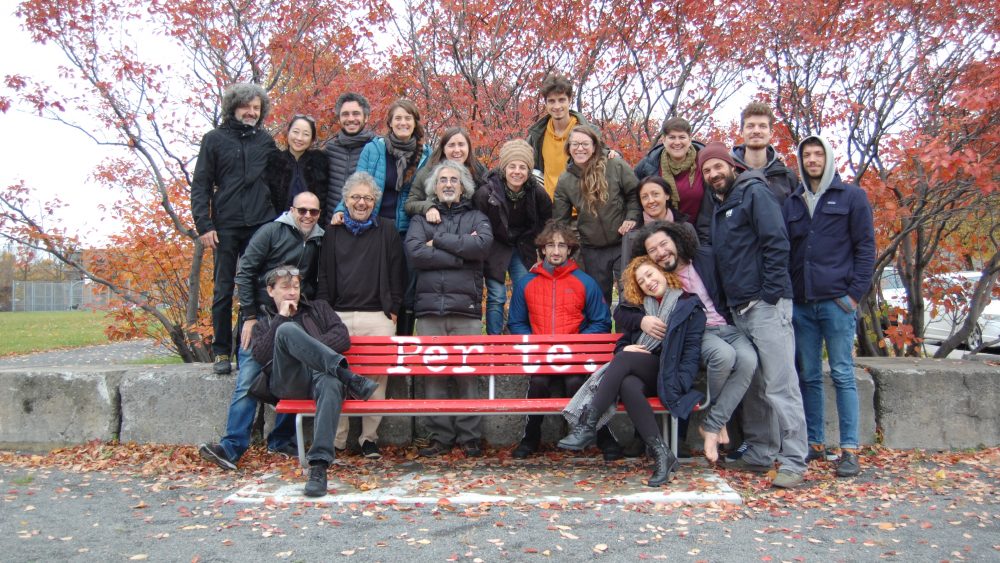 Success for Per te in Quebec

The Quebec tour of Per te, the show dedicated to Julie Hamelin Finzi Pasca, the co-founder of the Compagnia Finzi Pasca who died in 2016, has just ended. It marked a debut in French-Canadian territory for the touring group of 12 artists and 6 technicians, and a new challenge for the performers as the show was staged in French for the first time. Over the course of 3 years of touring, Per te has been performed in 4 different languages: Italian, Spanish, English and French.
Following the magical debut in Montreal on 24 November, the members of the company visited the park inaugurated in Montreal last September in honour of Julie Hamelin Finzi. The park is situated in the Circus Arts City, between the headquarters of the Cirque du Soleil and the École Nationale du Cirque.

“The scenography is a unique entity of the show. Objects fly off, and everything becomes a game…”
Éklectik Media, Montreal (Canada), 29.10.2019