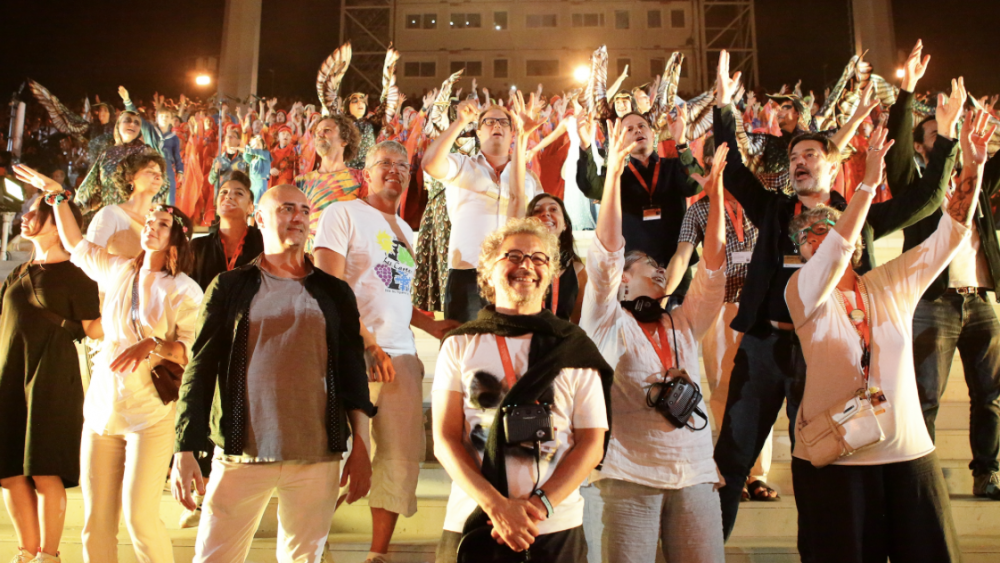 Life goes by too fast… Backstage at the Fête des Vignerons

The Swiss broadcaster RSI filmed a documentary during the long months in which the Fête des Vignerons 2019 was being created and rehearsed. It is due to air on:

Entitled La vita va troppo in fretta (‘Life goes by too fast’), the documentary charts the work of Daniele Finzi Pasca, Hugo Gargiulo (who designed the arena and stage sets for the Fête des Vignerons), Maria Bonzanigo and many other members of the Compagnia Finzi Pasca. The director Danilo Catti captured many unseen and moving moments as he shadowed the creative team from May to August.
“How does all this work? What kind of bond unites artists, technicians and walk-on actors? The balance between art and technical and weather contingencies is constantly renegotiated, sometimes in situations of stress and conflict. With enthusiasm and a great deal of hard work, the Fête des Vignerons is a human adventure for everyone.” RSI