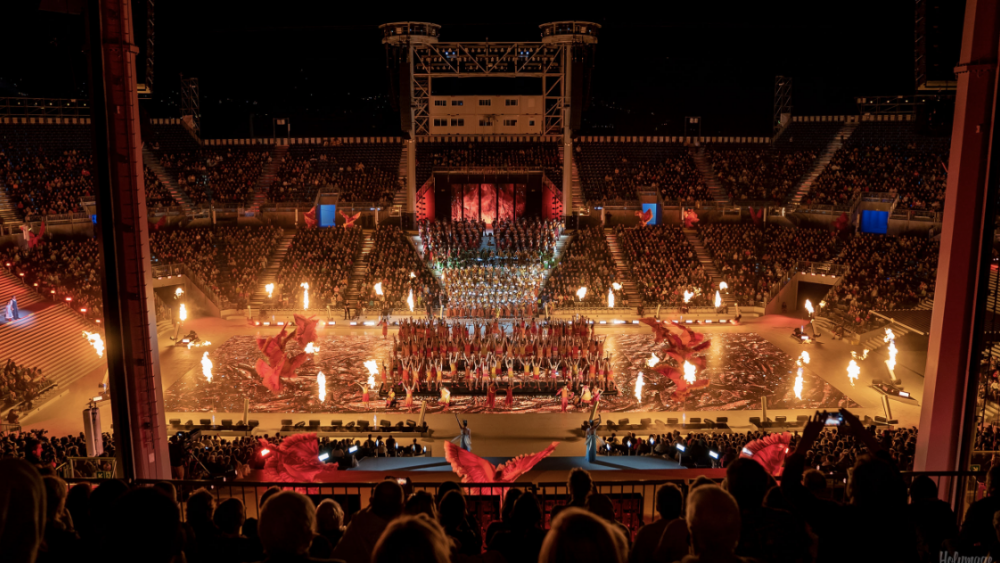 Fête des Vignerons 2019, the CD and DVD of the show on sale now

Two projects closely associated with the spectacle of the Fête des Vignerons 2019, an extraordinary event that ran from 18 July to 11 August 2019 in Vevey (Switzerland), attracting 375,000 spectators, went on sale a few days ago.

The long-awaited double CD with the music performed live by a choir of almost 900 voices and 240 instrumentalists during the 20 performances of the show; music by Maria Bonzanigo (principal composer and musical director), Jérôme Berney and Valentin Villard. Maria Bonzanigo is the first female composer in the history of theFête des Vignerons and is the first woman to have produced the arrangements of the traditional Ranz de vaches.
“Through the music, I would like to reawaken memories and make the imagination soar.  I would like to give a form to the sounds that we still perceive as familiar, but which come from a distant time. I would like to give depth to that image, bringing to life the reality that we dream.” Maria Bonzanigo

The DVD and Blu-ray of the show, with which you can relive or discover the day and night-time show, with the choreographies and songs of 5500 actors and walk-on performers, and the ceremony of the coronation of the wine-growers in the presence of thousands of spectators, an essential part of every Fête des Vignerons. Discover all the magic and emotion of the show conceived and directed by the artistic and technical team of Daniele Finzi Pasca!
“Telling simplicity using colossal resources and dimensions: the secret of this celebration is hidden in the contradiction.” Daniele Finzi Pasca