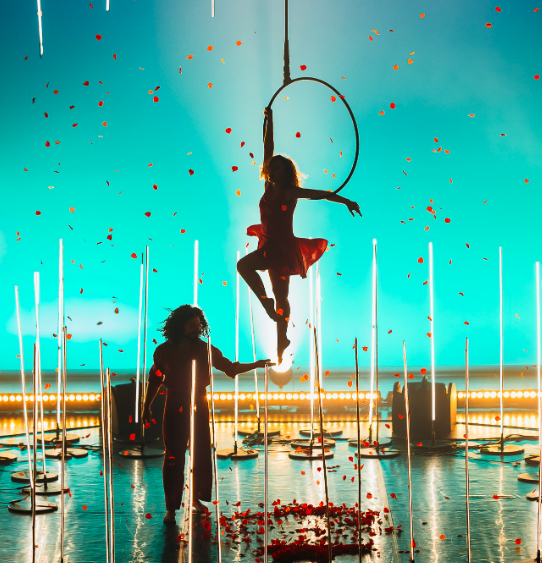 Great success in Russia – Per te and Donka

Donka and Per te ended their Russian tour in Saint Petersburg. The company’s performers recorded 9 sold out shows in a 12-leg tour and excited over 10.000 spectators. Given the success of the show during the Chekhov International Theater Festival, over 500 people traveled from Moscow to Yaroslavl, not to miss the chance to experience the emotions of Donka.
The first stop of the Donka show was Moscow, where it made an exceptional return to the Chekhov International Theater Festival in Moscow, almost 10 years after its debut on the Moscow stage. Later, the touring team excited the audience at the evocative Volkov Theater of Yaroslavl, considered the first Russian theatre, founded in 1750 by actor Fyodor Volkov. The tour ended at the Music Hall in Saint Petersburg.
The show Per te, on the other hand, was making its Russian debut. The public of the renowned International Platonov Arts Festival in Voronezh and the Theatre for Young Spectators in Yekaterinburg were able to experience the emotions transmitted by this dreamlike show, dedicated to Julie Hamelin Finzi.
In conjunction with the debut in Saint Petersburg, Daniele Finzi Pasca was present at the inauguration of the new headquarters of the Swiss Embassy in Moscow, with Federal Councillor Ignazio Cassis and Foreign Minister Lavrov.