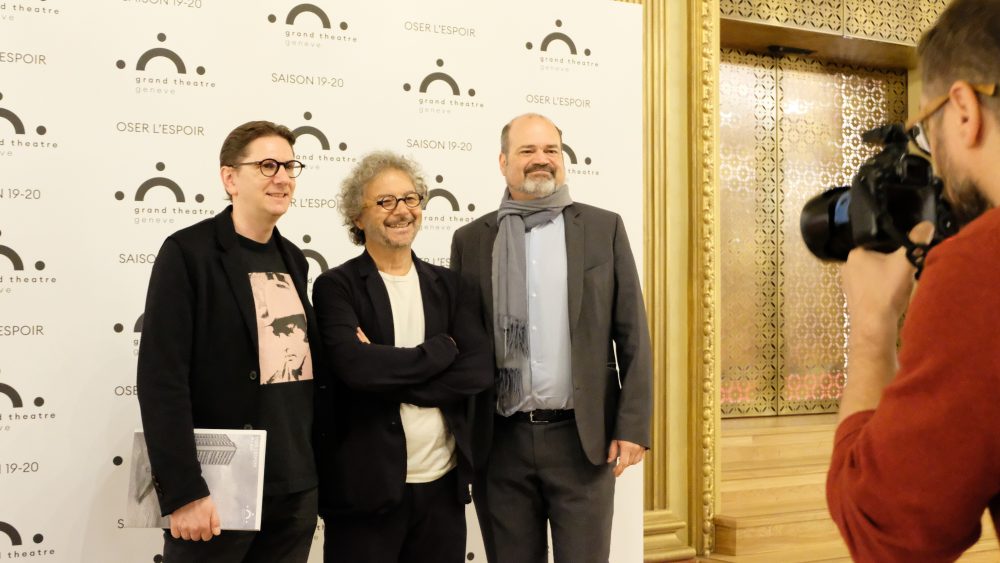 Einstein on the Beach, composed by Philip Glass and designed and directed by Robert Wilson in 1967, is the sixth opera by Compagnia Finzi Pasca and will be staged from 11 to 18 September 2019 at the Grand Théatre de Genève, to open the season. This is the company’s first co-production with the Grand Théatre de Genève; a collaboration set up by the new managing director, Aviel Cahn.
The work Einstein on the Beach is the sixth opera from the creative talents at Compagnia Finzi Pasca, following the success of Aida and Requiem by Verdi which have been officially included in the repertoire of the Mariinsky Theatre in St. Petersburg, Carmen and Pagliacci for the Teatro San Carlo in Naples, and Love from Afar for the English National Opera in London.